There are over three thousand franchise concepts in today’s marketplace. Although most people still think first of “fast food” when they imagine a “franchise,” franchising extends to almost every industry. Franchise business opportunities abound all around you.

When you look to become a franchisee, you have many options to choose from and some decisions to make on your path forward. Knowing all your variables will help you determine the best franchise for you—not just the “hot” franchise today (which sell out fast).

You will need to meet the necessary criteria to become a franchisee based on the franchisor’s requirements. This usually includes financial and funding information, like net worth and liquid capital. But the first step, before investigating what you need, is deciding what you want out of your franchise opportunity. 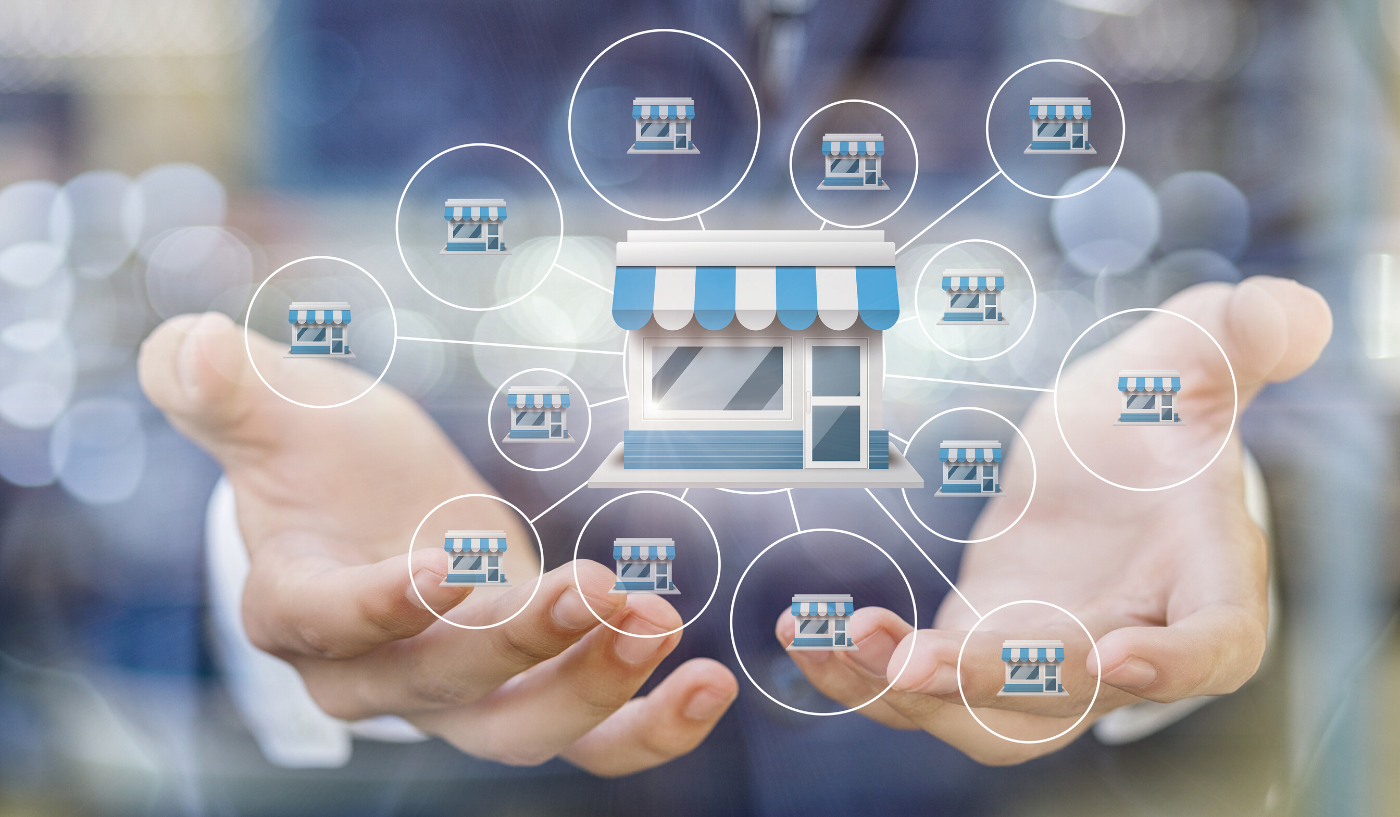 Franchise businesses have become ubiquitous in our day-to-day lives, and people are creating new ways to leverage the franchise model successfully. Why the steady expansion of the concept to new industries and working systems?

What are Franchising Concepts?

Not every business concept—even if it’s genius—lends itself to franchising. Some successes can’t be duplicated. A franchising concept is the business idea or segment the franchise is built around. That could be fitness, test preparation, or home services.

There are areas flourishing in franchising. Among them are businesses that help parents to entertain and educate their kids; businesses that cater to thriving, retiring baby boomers; and green businesses.

Seeing a new trend coming can offer an excellent opportunity to invest and do well. But with franchises available in nearly every industry, you need to consider what’s important to you. What are your skills and how you want to spend your working days—all before you get to the inevitable question of, “What’s hot?”

Should I Choose a New Concept or an Older Franchise?

The question of which franchise is the best for you as an investor needs to start with a focused inquiry. Are you interested in getting in on the ground floor of something that’s just beginning to grow or if you want a business that’s paid its dues and earned widespread brand recognition? This question is about much more than what feels right to you—it is linked directly to your investment and risk levels.

The Older Franchise Concept is the Best Option… Right?

Do you want a concept that’s been around for fifteen years and has a track record you can validate? Then you may want to consider a more established franchise concept.  And even if a concept has hundreds of franchisees, it can still be growing and thriving.

That said, there are potential drawbacks. When a great concept gains a solid foothold, competitors sometimes spring up with a new spin on the same good idea, potentially changing the market. And the best territories may already be taken.

Do You Want to Be an Early Adopter?

One of the first to invest in a new franchise concept is an early adopter. You’ll be able to get a great deal and have your pick of territories. But being an early adopter, you may have to live through some of the growing pains with the franchisor.

Additionally, with an early adopter franchise concept, there will be limited franchisees to validate the business. You may have to focus more on validating corporate franchise locations and the leadership team's experience.

The bottom line is this: whether you are considering an established or early adopter franchise concept, finding a franchise that is the right fit for you is vital. Do you believe in the product or service? Can you see yourself leading the business? Do you feel good about the due diligence you completed? Are you ready to enter into a long term partnership with the franchisor?

Should I Start Small or Go Big?

Choosing Your Level of Engagement

The basic franchise format is an owner-operator model. The franchisee may be the artisan, the person behind the counter, or the one in the truck providing the service with owner-operator businesses. The owner likely has one business, and probably one location. It is a fantastic starting point if you have always dreamed of owning a business and working for yourself.

It can be challenging to accomplish the sales and marketing that drive growth if you are a full-time artisan. Some people find balance and happiness in this model, and some gradually reduce their hands-on time in favor of paid labor as they grow the business. 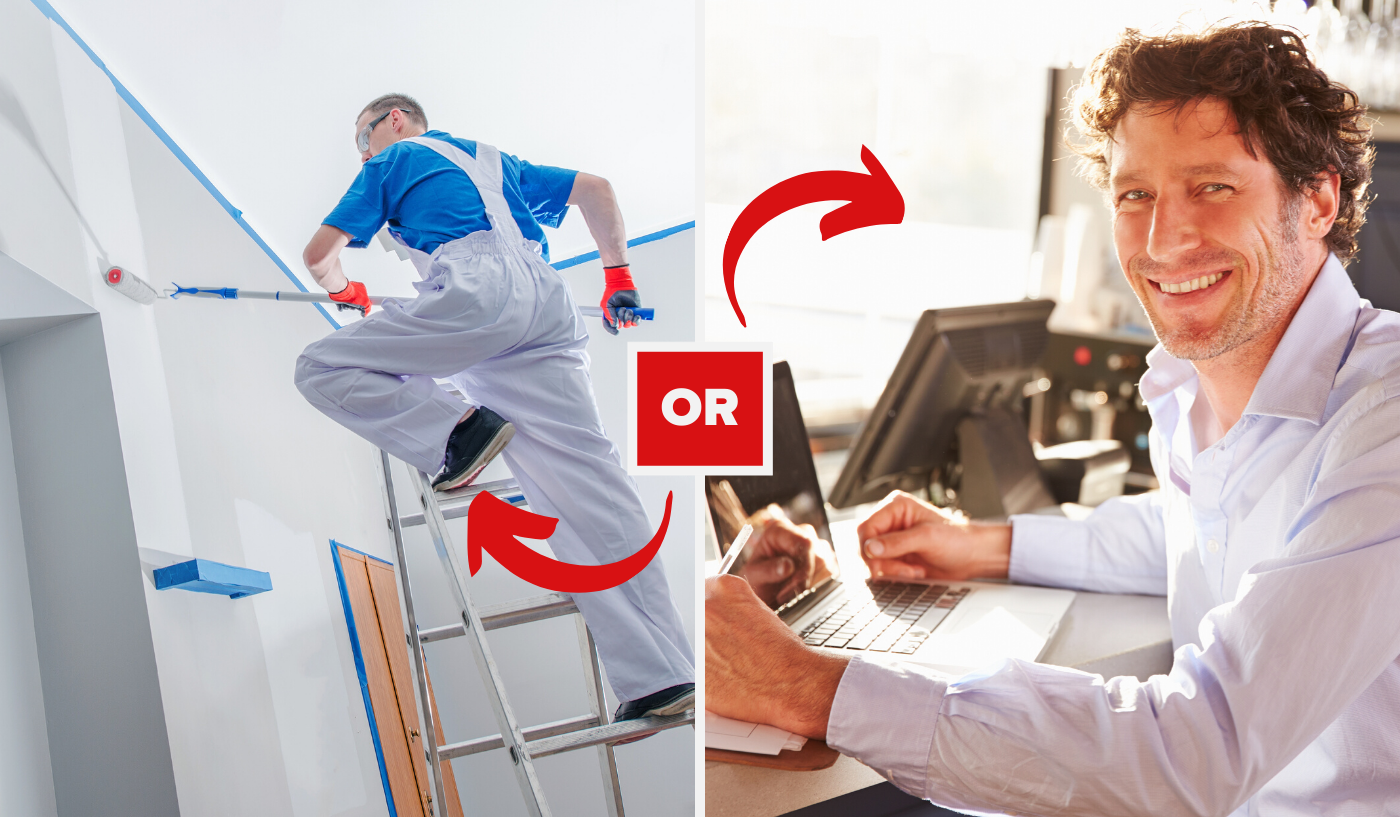 This for the business owner who wants to leverage their business acumen, leaders skills, and capital to build a larger business.

Over the long term, people choosing to leverage the executive model want to work “on” the business, not “in” the business. They will always be engaged, but not necessarily as the artisan or day-to-day operator. The franchise owner may be involved 40-50 hours a week (full time) or 15-20 hours a week (semi-absentee) minding the business. They focus on managing the manager(s) and planning/executing the marketing strategy and doing high-level business development.

The Executive/Full-Time business model allows the franchise owner to be involved in the business full time. They lead the team, plan the marketing, and drive growth. You don't have to be the person driving around in the truck or standing behind the counter.

The Executive/Semi-Absentee business model may be an attractive business. The executive can keep their current job while building a business on the side to create supplemental income. They get the business started and then leverage a manager to operate the business. The franchise owner must be good at leading and time management. In addition to the demands of their executive role, they must devote at least 15-20 hours each week to minding their franchise business. Please note not all franchisors allow semi-absentee owners in their systems. Some want the franchisee to devote full time to only the franchise.

The executive model can be a great mechanism to build a large business. You can scale by location or territory. Additionally, you may be able to take advantage of some economies of scale—for example, moving team members between locations or advertising expenditures.

Strategic franchise ownership is a phrase that describes large-scale franchise investments. The idea is to build a sizable business that, over time, can provide enough income to replace or exceed a corporate level income.

Many franchise owners want to start with simplicity: investing in a single unit of one franchise. If you wish to pursue compound interests beyond a single location, there are two primary models: the multi-unit model and the area development model.

When you delve into franchises one at a time, you invest in a single XYZ franchise and pay a single franchise fee, which maybe $50,000, as an example. You might open your XYZ franchise location eight months after signing the franchise agreement. When that business is stable twelve months later, you might go back to the franchisor and request a second XYZ franchise.

There are two potential disadvantages to investing one-at-a-time if your long-term goal in owning multiple units.

In the multi-unit investment model, you invest upfront for the rights to open multiple locations in strategic territories within a defined time, but not necessarily immediately. This is known as a franchise development schedule.

The strategic investment strategy can apply to service-based franchise concepts as well as facility-based models. Instead of investing in a small territory and hoping you can secure additional territory in the future, you can invest in a large territory upfront. You gain the ability to scale the business to your desired level down the line and protecting desirable locations.

There are benefits to signing a multi-unit franchise agreement.

For example, if the XYZ franchise fee for the first unit was $50,000, the second unit franchise fee maybe $30,000, and the third might be $30,000. So instead of paying $150,000 in franchise fees for all three franchise units purchased individually, with the multi-unit investment strategy, you would acquire three for $110,000.

The second strategic ownership approach is area development. In this model—sometimes called a master franchise—the franchisee buys the rights to a large geographic area.

For example, you may buy the rights to develop a franchise concept for the State of Ohio. An area developer or master franchisee works with the franchiser to find franchisees and set up new businesses.

As an area developer, you are mainly working with the franchisor to expand the network while building your own business. You also take some of the responsibility for training and developing the new franchisees within your territory.

Area development is not for the faint of heart; this approach tends to require significant capital investments. The strategy may take a long while to grow prosperous, too. Quality area development franchise opportunities are also hard to find. The advantage of building your business this way is that in the long run, you will be paid for other people’s work. You can create a steady revenue stream without direct responsibility for day-to-day operations.

Note: The latest trend is that there are fewer master franchise opportunities.

At its core, a franchise is simply a way of doing business—a method that works for providing a service or delivering goods to a consumer.

Each has its strengths and drawbacks, and one of the first decisions you’ll have to consider when you start researching investments is which model best suits your needs. Either can work if you are looking for the best semi-absentee owner franchises for you.

...are brick-and-mortar locations. Think of your local strip mall as a place where someone goes in and develops a new location. The customer usually goes to the business to buy a product or service. Examples would be a massage spa, haircut salon, tutoring center, fitness center, or sub shop. Within this category, large retail concepts are mostly found in big strip mall spaces or standalone buildings. They require substantial space, customized build-outs, and, consequently, large investments.

Some facility-based businesses are considered light retail. These businesses fit well in strip mall locations because they require a small footprint and less build-out. They also demand a more modest investment than large retail franchises, since building costs and lease agreements tend to be lower.

For example, a martial arts franchise might be installed in a matter of weeks, because it doesn't take much time to put up mirrors, lay down mats, and install a counter.

...generally involve the service provider going to the customer’s home or business. Examples include painting, cleaning services, home health aide providers, window covering companies, and even floor covering franchises. Some of these are businesses that can operate with low overhead.

For example, painting and home inspection services are businesses in which the franchisee may not need a facility. The franchisee can run many of these opportunities from anywhere, including from home.

Are Franchise Resales an Option?

Are you not interested in building a location from scratch, but want to invest in a franchise concept? There are fantastic opportunities to do this. They are called franchise resales.

For a multitude of reasons, an owner may be interested in selling their existing franchise business. This means you can purchase a location that is already up and running, fully staffed, and already bringing in revenue.

Learn more about franchise resales if you are interested in this option.

Which Franchise is the Best for You?

The best franchise for you, whether you are looking at a service or facility-based concept comes down to fit. You might be searching for the best semi-absentee franchise, but discover an excellent service concept you want to work on full time. Whatever franchise is right for you, we will help you find the concept that.

Contact us for a consultation. We will help connect you to franchises for free!